Love him or hate him, Donald Trump does have the ability to resemble many types of our most loved animals. The list of his animal-lookalikes are endless (no offence to the animals) but here are just a few of our favourites… 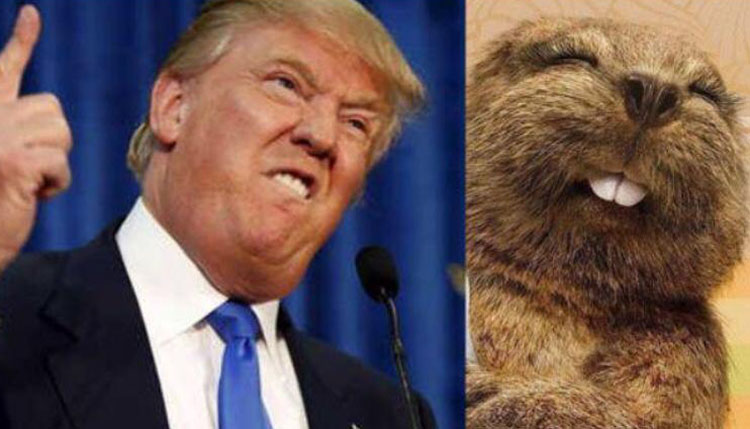 This one definitely speaks for itself and I don’t think we’ve seen the last of the future president getting caught in a candid moment looking like a beaver, amid one of his contentious gestures. 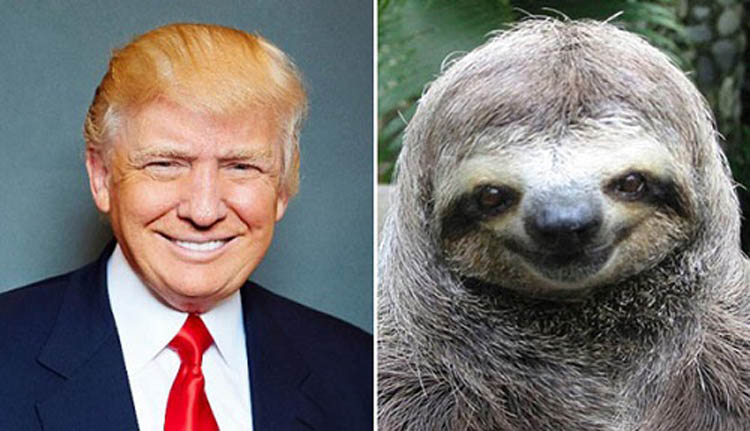 As a lover of sloths it really does loathe me to say that their resemblance to the Trump smile is unbelievable. However, they have the excuse of sleeping in trees all day so of course they don’t need to be worried about glowing beautiful smiles. What’s Trump’s excuse? 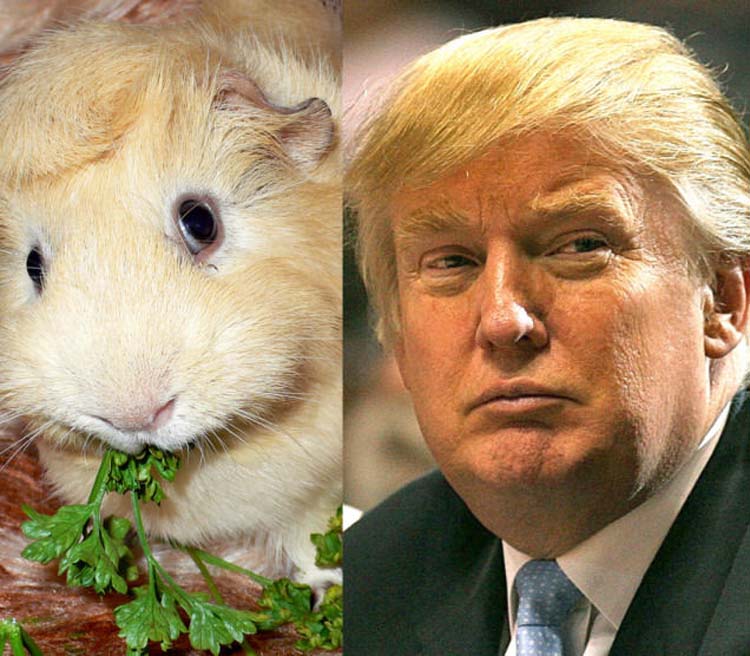 Who would have thought the future president of the United States would spawn the exact same hair colour as an uncanny amount of animals in the natural world? Could it be that his hair might not be so ‘natural’ after all? 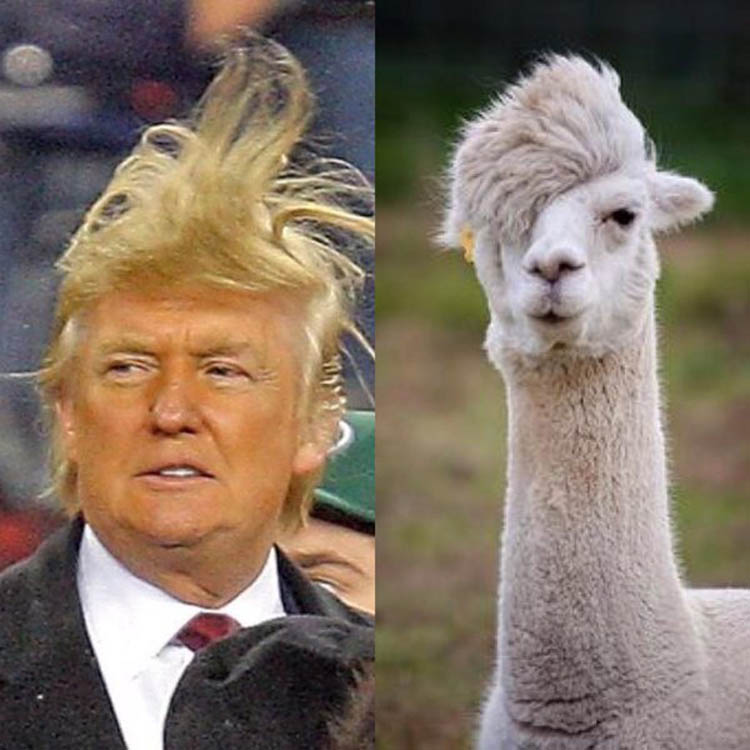 A personal favourite of mine, this llama looks too cool for school with his side-swept haircut whilt Donald Trump looks like an extra from The Grinch. 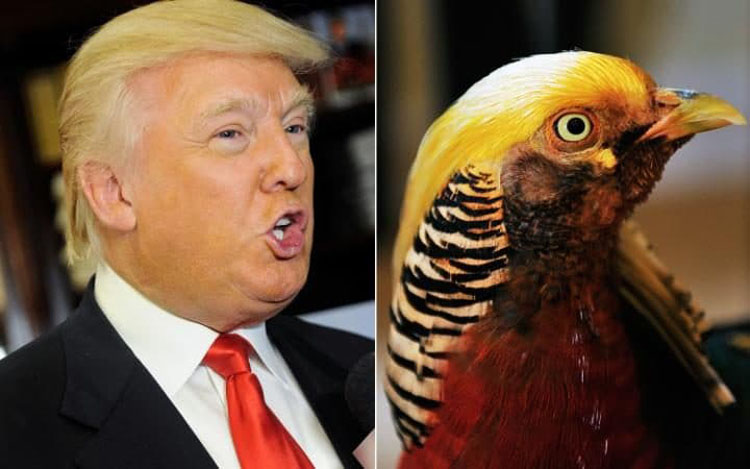 It’s fair to say that poor old ‘Little Red’, as he is lovingly known by his zookeeper, has become an internet sensation in the past month due to sporting the exact same hairstyle as the future president. Apparently the keeper, Mr Gao, had noticed the resemblance several months before but it only attracted major attention after Donald Trump made his controversial victory on November 9th 2016. 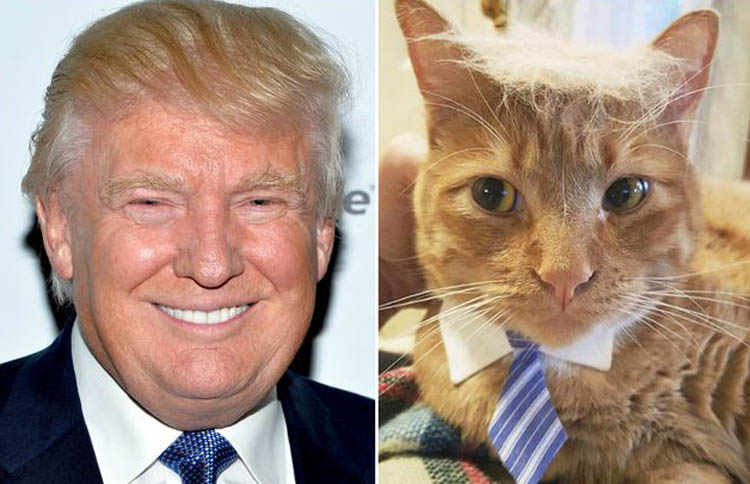 Dressing up cats like anything or anyone is always going to be a huge source of popularity on the internet but seeing as Donald Trump has so many similar attributes (hair and eyebrows in particular) I think there are going to be a lot more where this came from. 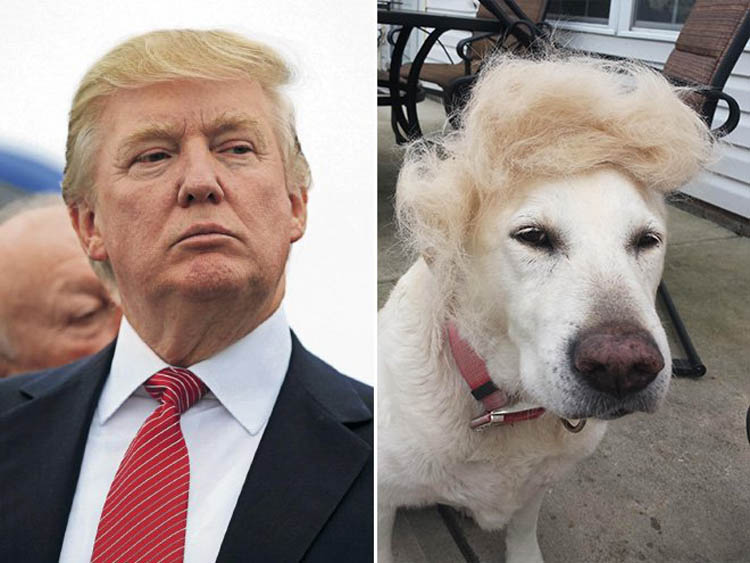 Again, there is no shortage on the world wide web of dogs dressed as humans but when you are given the gift of a droopy face and obstinate look then the dog-Trump lookalike magic can really happen. 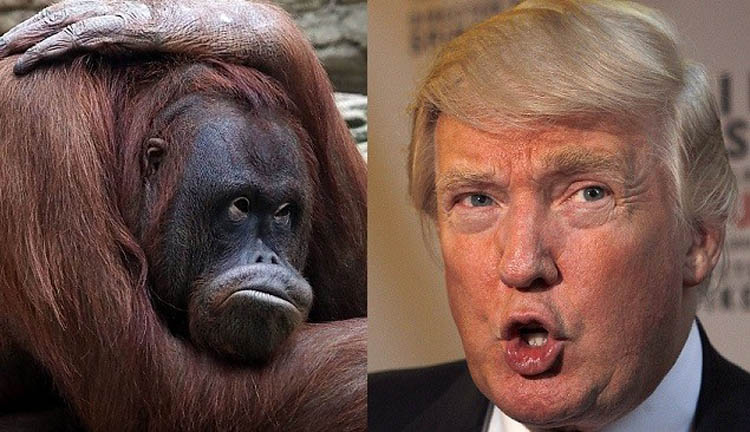 This one was kind of obvious when you take in to consideration the ‘you’ve been tango-ed’ orange spray tan and lowered facial features. I just feel sorry for the orangutan really; such a beautiful majestic creature being dragged in to this comparison. 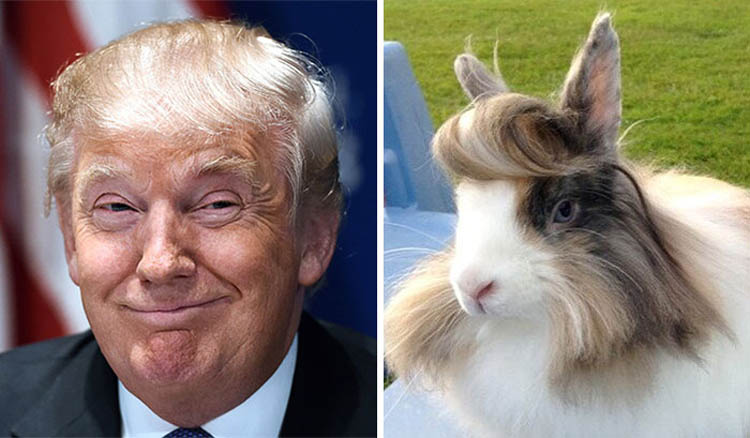 When I first saw this I thought it was a wig, but no… This rabbit really does have similar yet much better maintained hair than Donald Trump. 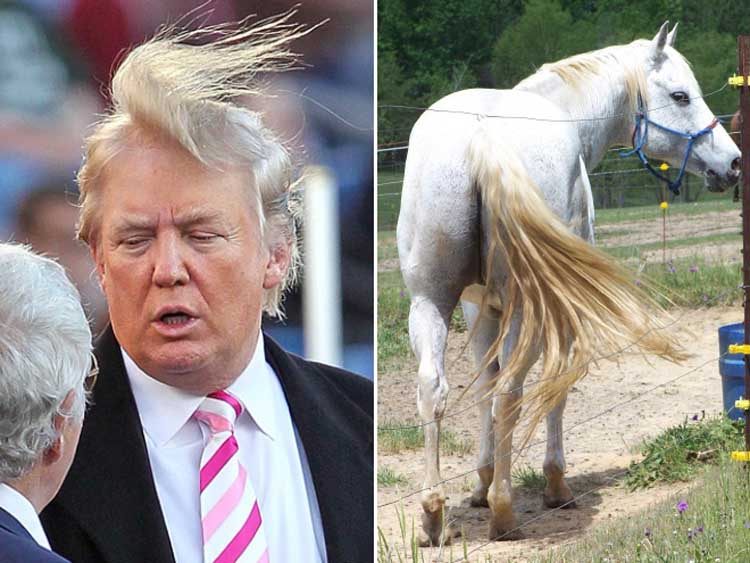 They say a picture speaks a thousand words, so we’ll just let this one do the talking. 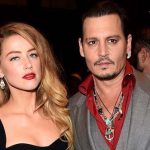 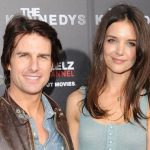