We’re used to seeing female celebs totally glammed up, with oodles of make-up and looking utterly flawless. However an increasing number have taken to showing off their true selves by following the no makeup selfie trend and giving us an insight into their own natural beauty. This week Tyra Banks has become the latest star to join the trend, posting a picture on Instagram and stating: “You deserve to see the real me.” Yet Tyra isn’t the only one who thinks this, as some of the world’s biggest stars have also shown the world what they look like without makeup. Here are 10 of the best, no makeup selfies from some of the world’s biggest female stars.

Let’s face it, as someone whose looks are their living, we thought that we’d never see Tyra bare all in this way – after all as a supermodel and now host of a TV show about modelling, she always has to look implausibly beautiful. However she’s decided to show her fans ‘the real her’ by posting a no makeup selfie on Instagram, and despite the rather surprised expression as you would expect she’s still stunningly beautiful. We’re not expecting her to go without makeup on America’s Next Top Model any time soon, but by the looks of things she could do! 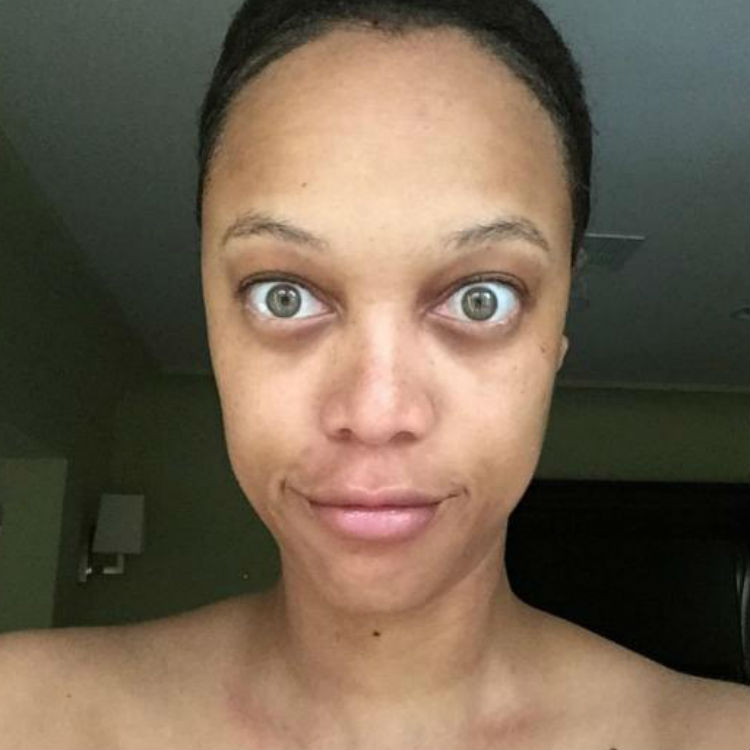 Taylor has decided to shake it off in this selfie – makeup that is, leaving more blank face than blank space. However she still looks absolutely incredible and every inch the mega star. Despite being one of the most popular recording artists in the world though, she’s not even the star of her own no makeup selfie, as her adorable feline friend has stolen the show. Taylor may have style, but it’s her cool cat, with his loving expression for his famous owner who we can’t get enough of. 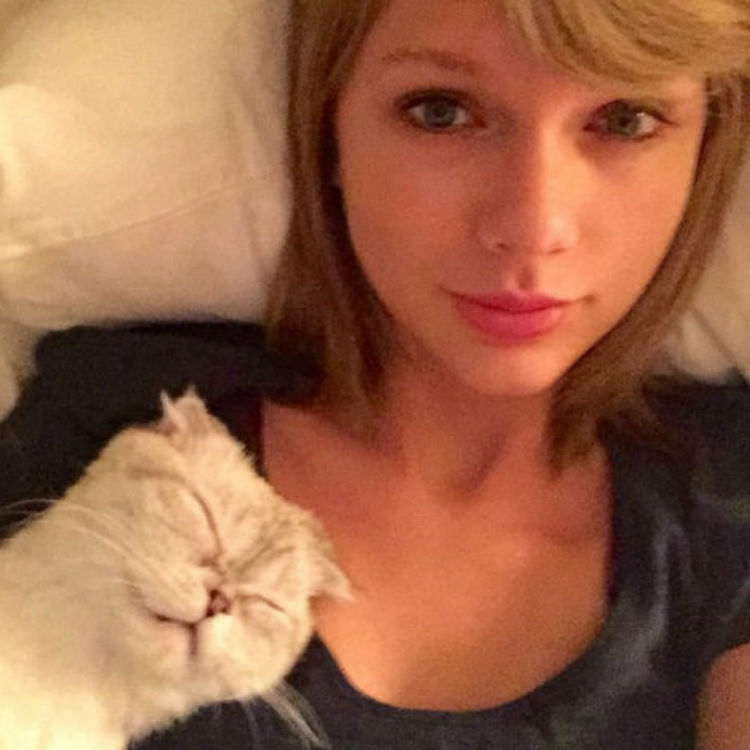 Gaga is known for her outrageous outfits but she also likes to tone things down on occasion as she showed in this no makeup selfie. She’s even showing a bit of a poker face, with little emotion as she pouts to the camera. One of Lady Gaga’s most critically acclaimed albums is of course ‘Born This Way’ and the star is certainly showing her little monsters what she looks like underneath the artistically driven exterior. Gaga, don’t you ever change… 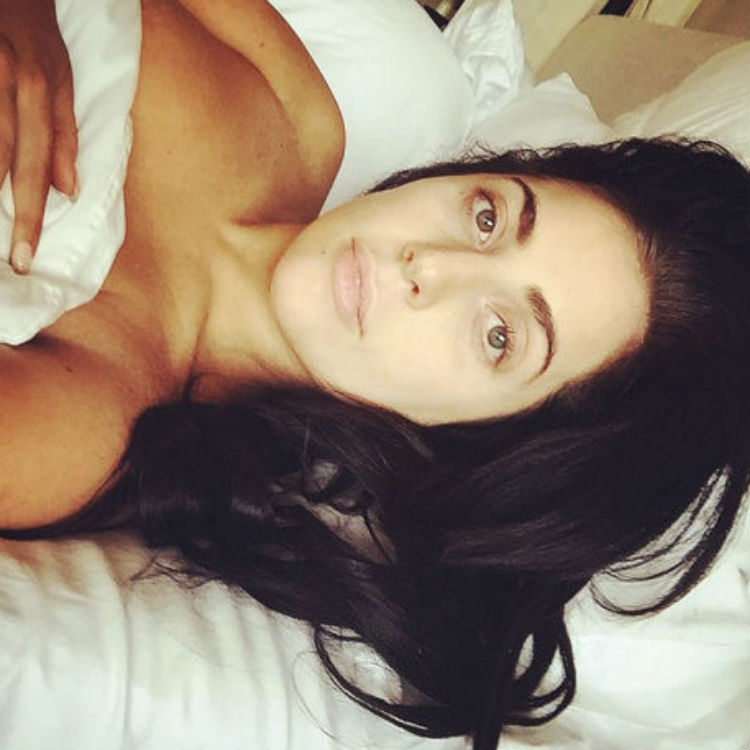 Demi Lovato is one of America’s best loved young stars, winning over fans as a Disney star in films like Camp Rock. Here she shows that she has real natural beauty with a no makeup selfie. The ‘Skyscraper’ star has had her troubles over the years but looks fresh faced and happy in this no makeup selfie taken and posted on Instagram. With or without makeup Demi has proved that not only can she act and sing, but she may be one of the world’s most beautiful stars – even underneath the makeup. 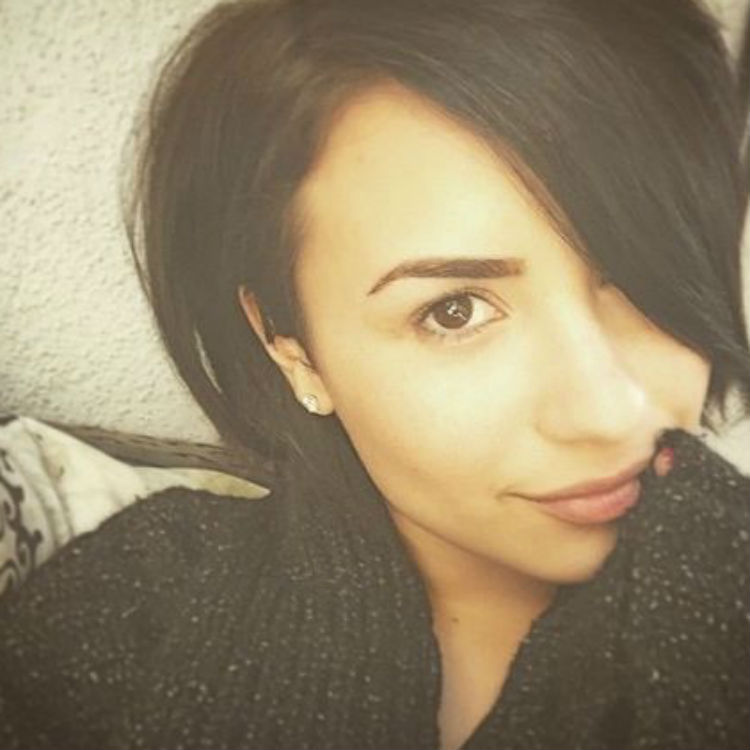 Lorde burst on to the scene in 2013, with her mega hit ‘Royals’. At the time she was just 16 years old and as such, the quirky Kiwi was an inspiration to many young girls as someone who could become a star without having to conform to the usual expectations of pop stardom. Here in a no makeup selfie, Lorde shows her natural beauty with a relatively serious face and unusual bucket hat. Still only 18, the ‘Yellow Flicker Beat’ star is rated as one of music’s biggest stars and one of the most powerful teenagers in the world – and she looks superb without any makeup. 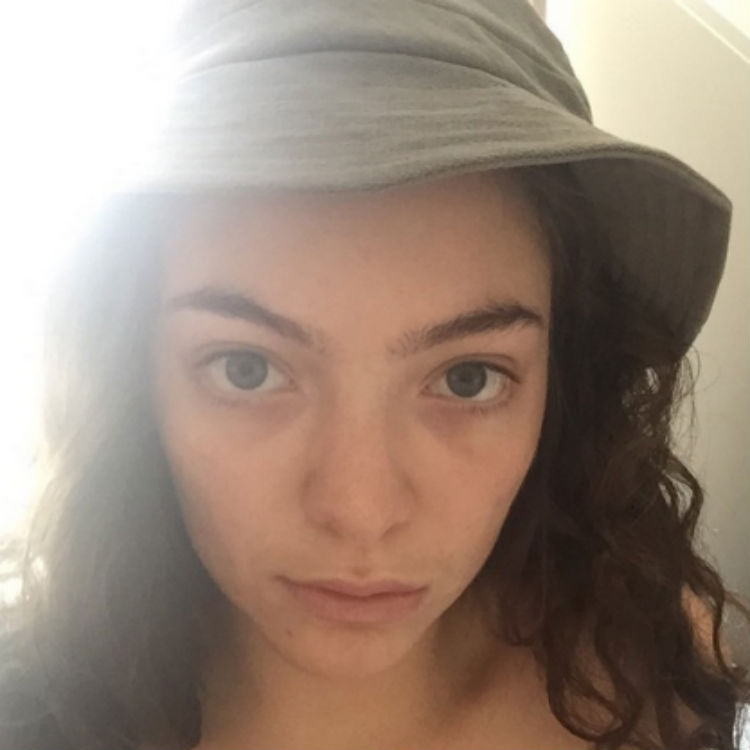 Katie Holmes was for years one of the most watched and talked about women in the world, with her marriage to Tom Cruise and his subsequent enthusiastic behaviour making the pair a staple of Hollywood gossip. Since Holmes and Cruise split up Katie has taken on more acting roles again and appears to be showing her fun side by mocking herself in this no makeup selfie. The former Dawson’s Creek star is showing us an incredible duck face, with a towel ensuring that one of Hollywood’s most glamourous women for once looks utterly ridiculous. Wonderful work Katie! 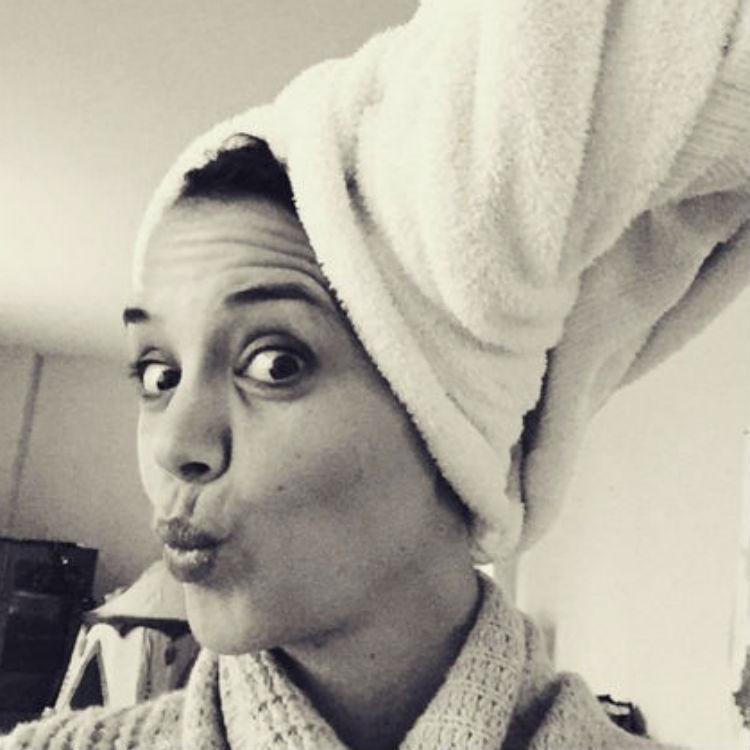 Models Kendall and Cara love a good time, almost as much as they love documenting it. For that reason their Instagram feeds are a treasure trove of madcap pictures documenting their lives as they jet around the world attending fashion shows and parties. Here the pair frolic with a pal while getting in on the no makeup selfie trend and as one would expect from two of the world’s most sought after models, look absolutely fantastic despite not having bothered to put loads of slap on. We guess some people are just lucky in life. 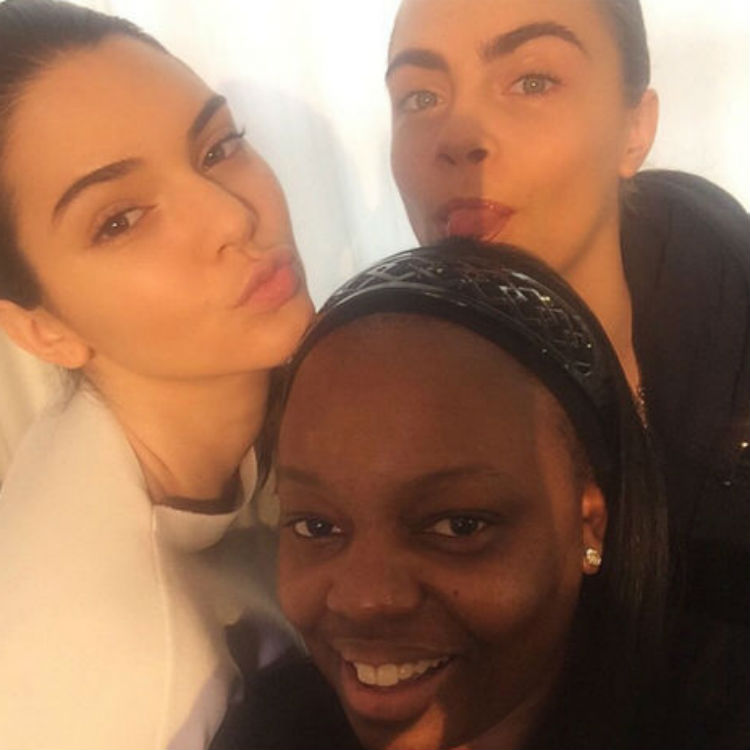 Megan found fame in the Transformers films, but despite not having put foundation, blusher eyeliner, mascara and all the rest on, she’s not particularly transformed in this no makeup selfie. Instead she looks her usual stunning self as she smoulders in front of her smart phone camera. The ‘This Is 40’ star evidently doesn’t need much help from makeup artists to become the beautiful romantic lead or temptress she tends to play in her films – and she’s got the no makeup selfie to prove that fact. 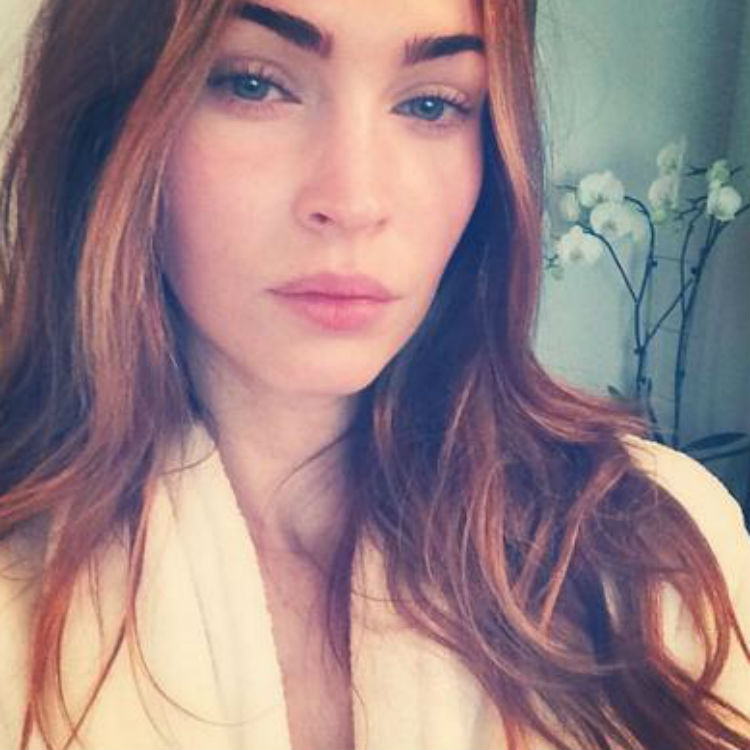 J-Lo, Jennifer Lopez, Jenny from the block, what ever you call Ms Lopez what’s not in dispute is that she’s been a music and movie megastar for two decades. Here in this no makeup selfie, Jen shows that it’s natural beauty that turned her into one of the world’s hottest stars, as even without makeup she looks absolutely incredible. She asked us not to be fooled by the rocks that she’s got, that she’s still Jenny from the block, and with this natural looking selfie she shows her fans that underneath all the glamour there’s still the same girl from The Bronx. 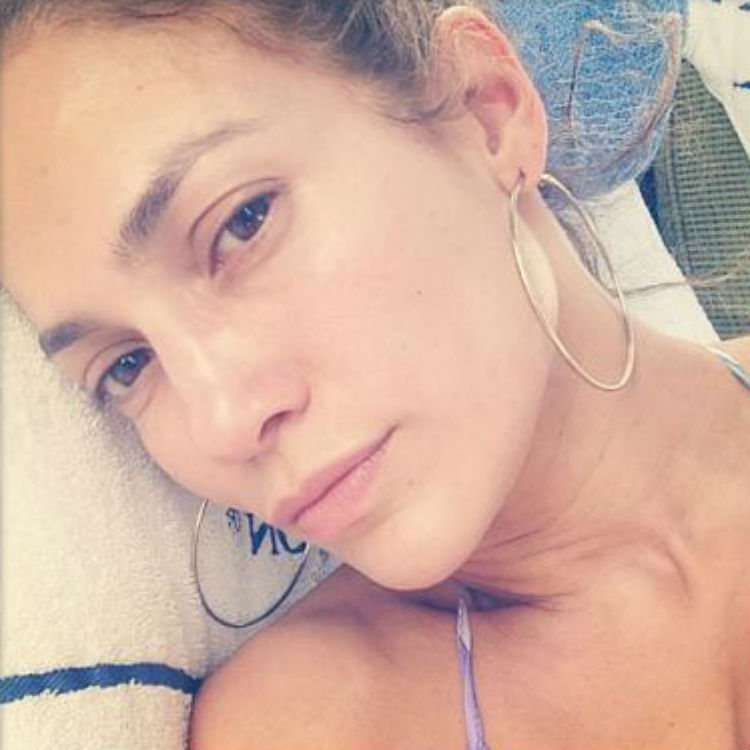 Beyonce may be arguably the biggest music star on Earth, reliably filling stadiums and selling millions upon millions of albums across the world, but in this no makeup selfie she appears a little shy of the attention as she’s trying to cover her face as it appears to be a little too early in the morning for her. Which is rather paradoxical really – taking a photo of yourself while trying to shy away from appearing in said photo. Who are we to question Queen Bey though? What is certain is that despite appearing to have just woken up, Beyonce still looks absolutely amazing. 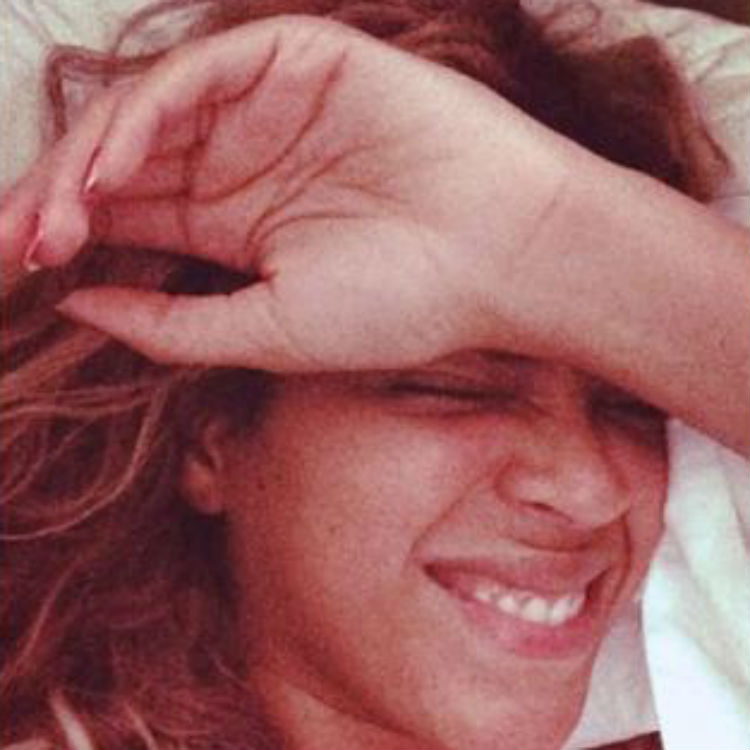 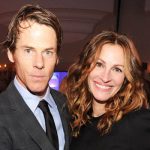 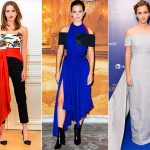