There is nothing that warms the heart more – especially for women who dream of the perfect fairytale ending – than seeing a jawdroppingly beautiful wedding gown on our most sought after celebrities. This adoration is a tradition that long surpasses modern culture and dates back hundreds of years.

Here are just a few of the best dresses to have been captured on film (since the camera was invented at least):

For a list such as this there is no reason not to start with the very best example, which could be none other than the astonishing beauty of Princess Grace Kelly’s beautiful wedding gown (for her marriage to Prince Ranier III of Monaco), designed by Helen Rose of MGM Studios. This was the dress to end all dresses and even went on to serve as inspiration for a certain royal wedding 50 years later… 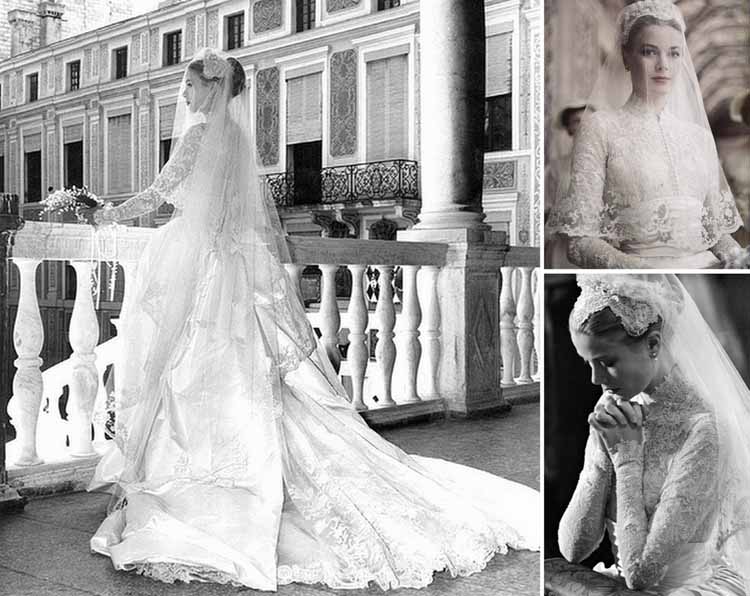 One of the most joyful days of recent history, the 29th April 2011 saw the world witness future princess Kate Middleton stepping out in a stunning Grace Kelly-inspired wedding gown, designed by none other than Sarah Burton of celebrated fashion house Alexander McQueen. 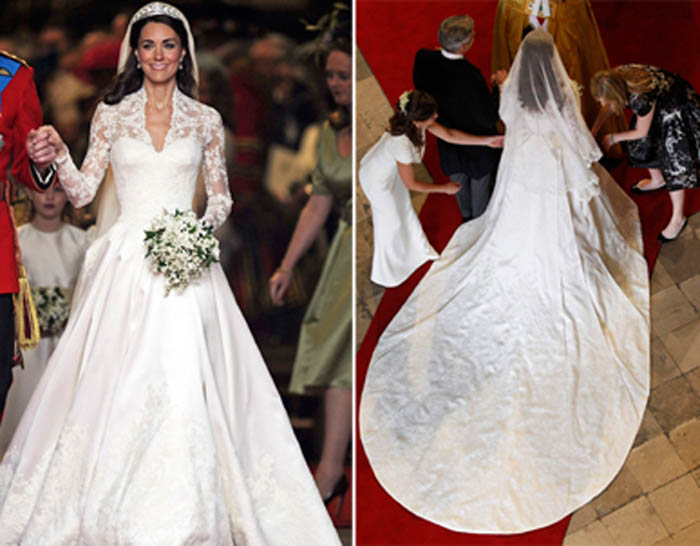 Still considered one of the most popular wedding dresses of all time, Lady Diana Spencer had the doting eyes of the world watching her on 29th July 1981 as she wed Charles, Prince of Wales in an ivory silk taffeta gown that boasted a 25 foot long train. 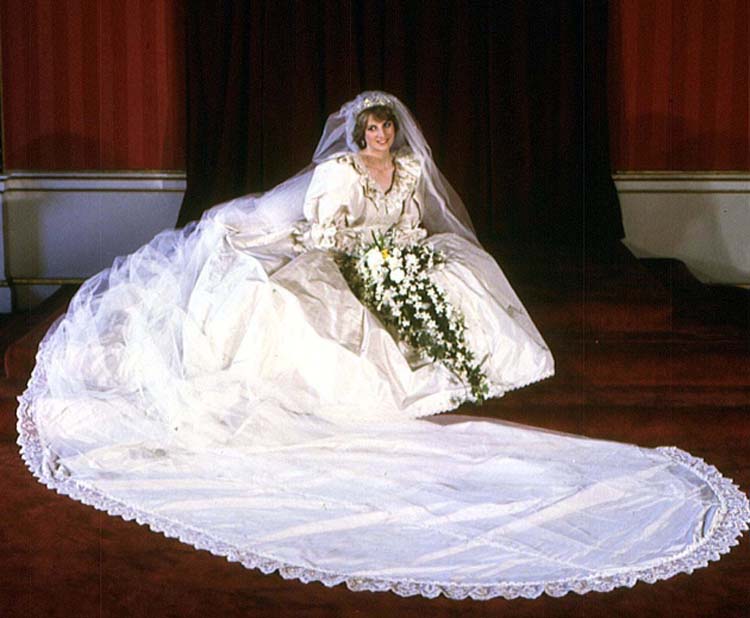 There can be no doubt that every fashion designer on the planet would have been clambering to dress Kate Moss for her wedding to Jamie Hince in 2011, but it turns out the lucky choice was John Galliano whose sequin-adorned gown inspired by the ‘Jazz Age’ was so popular it was even chosen to take centre stage at the V&A’s ‘Wedding Dresses’ exhibition in 2014. 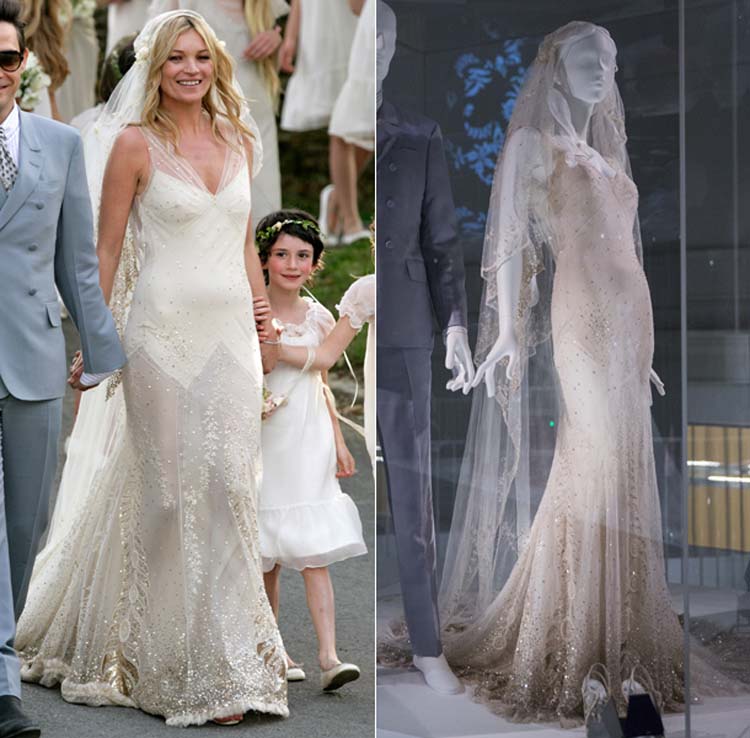 Another John Galliano masterpiece, this time in conjunction with his fashion house (of the time) Dior, Gwen Stefani’s distinctive wedding gown has been hailed as one of the most remarkable synergies between a fashion designer and his subject. Also gaining itself a place at the V&A exhibition hall of fame. 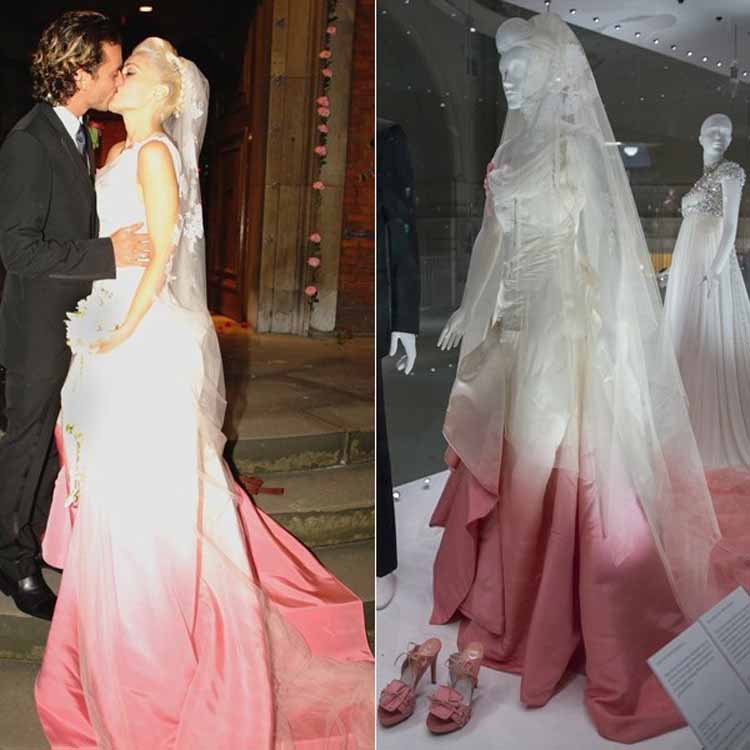 For the eccentric beauty of burlesque star Dita Von Teese there could have been no other person she trusted to design her wedding gown than the inimitable Vivienne Westwood. And she most certainly didn’t disappoint when the striking purple taffeta creation was unveiled for Dita’s wedding to Marilyn Manson in 2005. 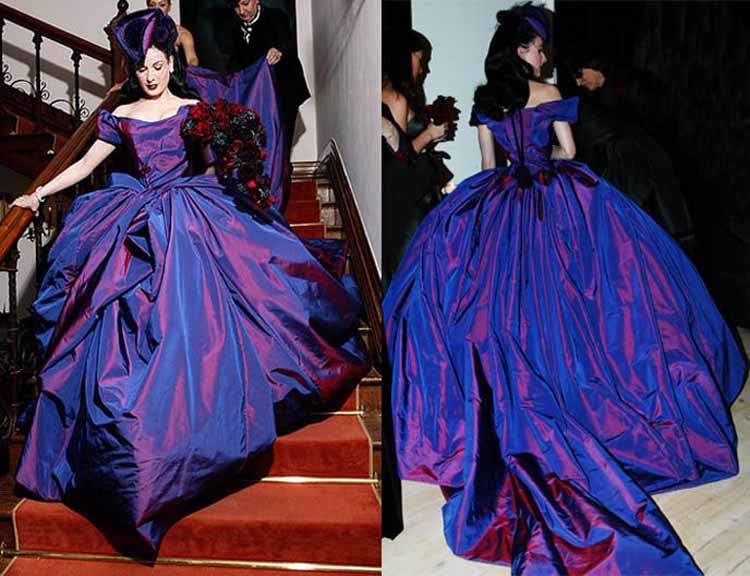 Jacqueline Kennedy’s ivory silk taffeta masterpiece is still celebrated to this day, not only because of its beauty, but also because it was designed and crafted by one of the first noted African American fashion designers, Ann Lowe. 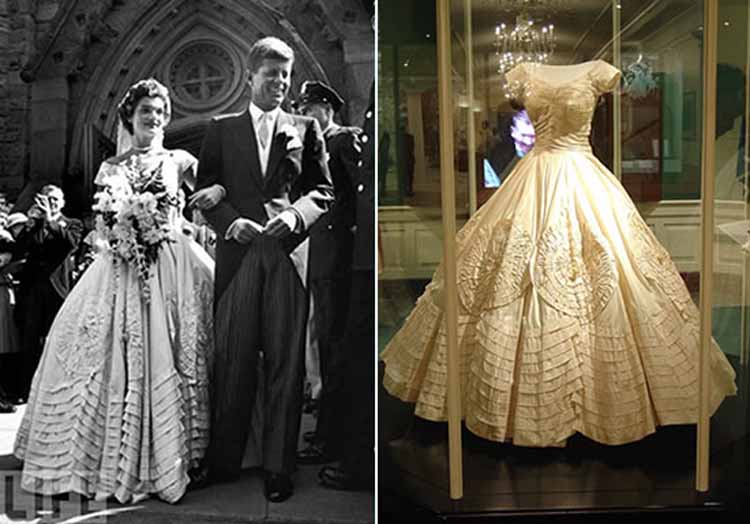 Another stunning creation of MGM costume designer Helen Rose, Elizabeth Taylor was the talk of the world when she married hotel pioneer Conrad Hilton at the tender age of 18. And, although the marriage didn’t stand the test of time, the dress most certainly did and was auctioned off for an astonishing £150,000 in June 2013. 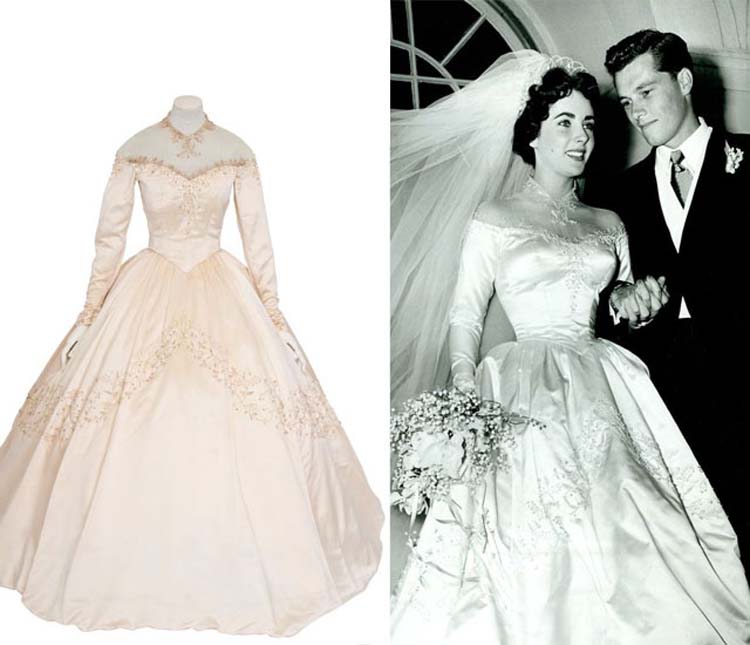 It would seem that the 1950s certainly weren’t short of innovative wedding dress inspiration and this was further proven by Audrey Hepburn’s gown, designed by Pierre Balmain, which boasted a tea dress flare, along with a high neck and satin sash. 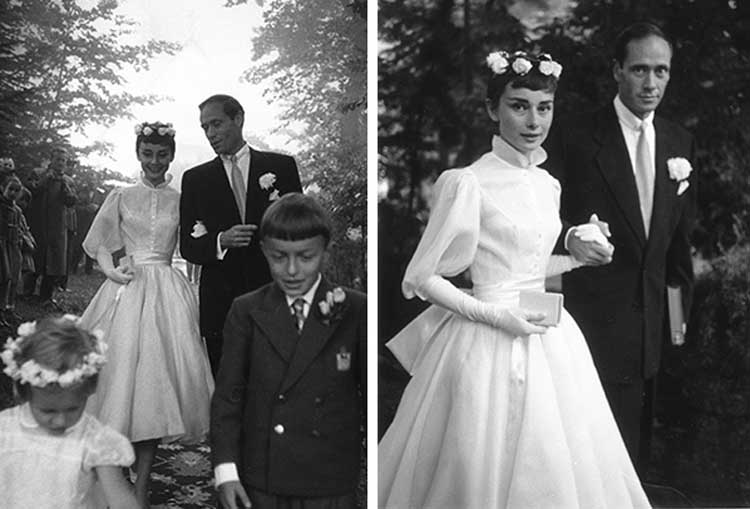 The wedding dress of future Queen Elizabeth II was astounding for many reasons, not least because she still had to purchase it using ration coupons due to the aftermath of the war in 1947. Luckily enough her designer Norman Hartnell made a timeless creation of white satin, married with a tailored bodice and beautiful embellishment. 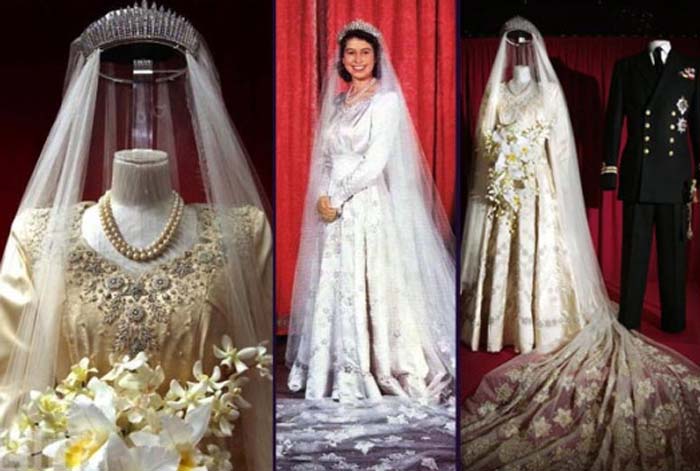 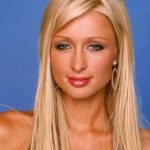 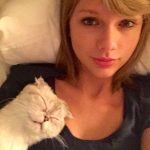