While we’re all accustomed to seeing male celebs marry much younger women – so much so in fact that it’s one of Hollywood’s running jokes, the idea of things working the other way round seems to be far less common. Yet it’s now 2015, and in the name of equality it’s worth looking at the cases where things worked the other way round – and a male celebrity married an older woman. In many cases these relationships actually seem to have lasted longer than your average Tinseltown romance – so to honour those who’ve found love by discovering that age ain’t nothing but a number – here are 10 male celebrities who married (or in one case is about to marry) older women.

Ashton and Demi were the poster couple of the male female age gap, mainly because when they got together Ashton was still genuinely playing high school frat-boys and Demi was Hollywood royalty, having been a star since the 1980s. Despite there being a 15 year age gap between the pair it seemed like a lot more  when they tied the knot in 2005. The pair were married for 7 years though, pretty good going by Hollywood standards, before filing for divorce in 2012. Interestingly, Moore has experienced both sides of an age gap – as her surname comes from her 1980 marriage to singer Freddie Moore, who was 12 years  her senior. 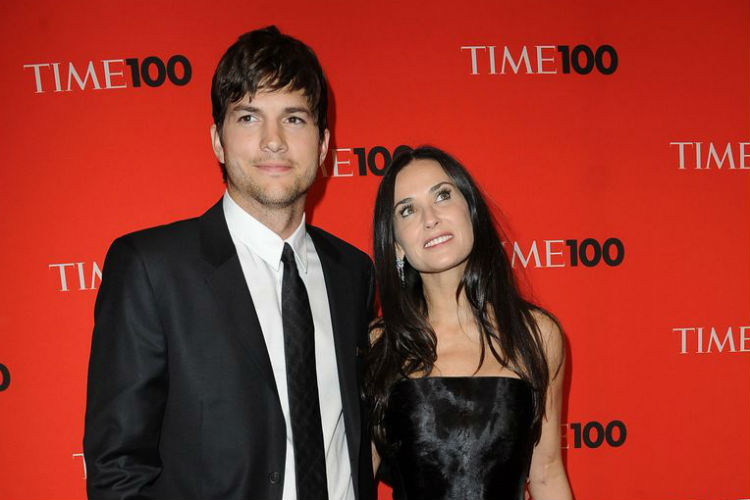 Like Demi, Mariah has experienced both sides of an age gap, as she had a well publicised marriage to record executive Tommy Mutola, a marriage which ended in a degree of acrimony. Single for years afterwards, it surprised the world when she married comedian, actor and rapper Nick Cannon in 2008. The pair appeared to be the epitome of wedded bliss, often declaring their love for each other in interviews – however they split in 2014. Cannon has state on social media that he will always love Carey and defended her from criticism after their split. 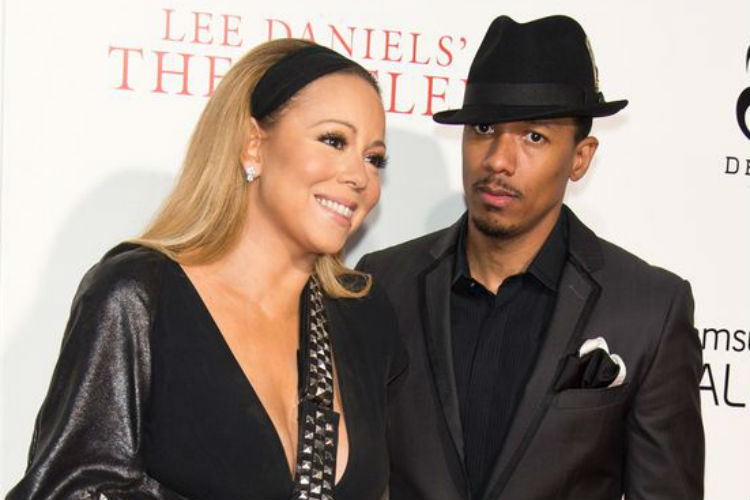 Now Jackman is known as a heavyweight Hollywood star, but 13 years  before moving to America he was a star in his native Australia, and married Furness, an actress 13 years his senior he met on the set of Australian TV show Corelli in 1995. A year later they married to become Australia’s acting power couple. The couple had a son in 2000, whom they gave an extraordinarily apt name for the son of a film star – Oscar. Daughter Ava was born in 2005 and with Furness now directing and Jackman’s star rising, they split their time between Sydney and the States. 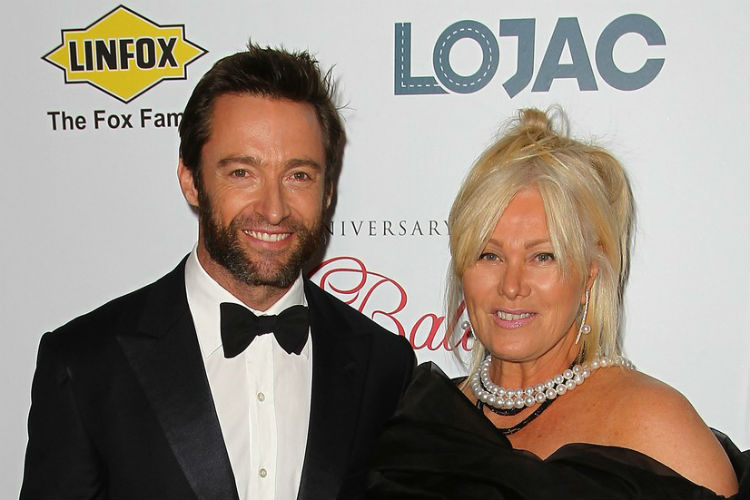 Visual artist Sam made her debut as a film director in 2009 with a John Lennon biopic, Nowhere Boy. With the film she picked up more than the plaudits of critics – as she began dating its star, Aaron Johnson, then 19. The then Sam Taylor-Wood was 42. Three years later the pair were married and took the name Taylor-Johnson. Since then the Taylor-Johnsons have gone from strength to strength, with Sam now one of the most sought after female directors in Hollywood, most recently helming Fifty Shades of Grey, and Aaron taking the male lead in Anna Karenina and title role in Kick-Ass. Most recently, he starred in the latest Avengers film, Age of Ultron. 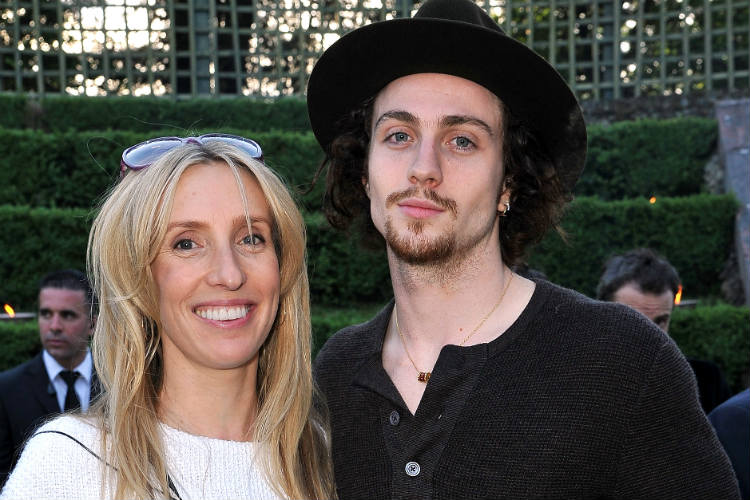 Guy Ritchie found fame in the late 1990s with his guns and geezers flicks, Lock, Stock and Two Smoking Barrels and Snatch. So it was a bit of a shock when the director who’d made his name documenting Englishness married America’s ultimate material girl, Madonna, in December 2008. Madge and Guy subsequently had two kids together, and the American star embraced Ritchie’s homeland wholeheartedly. The couple, who had an age gap of 10 years divorced in 2008, with Ritchie getting a huge divorce settlement which included the Londo,n pub they owned. 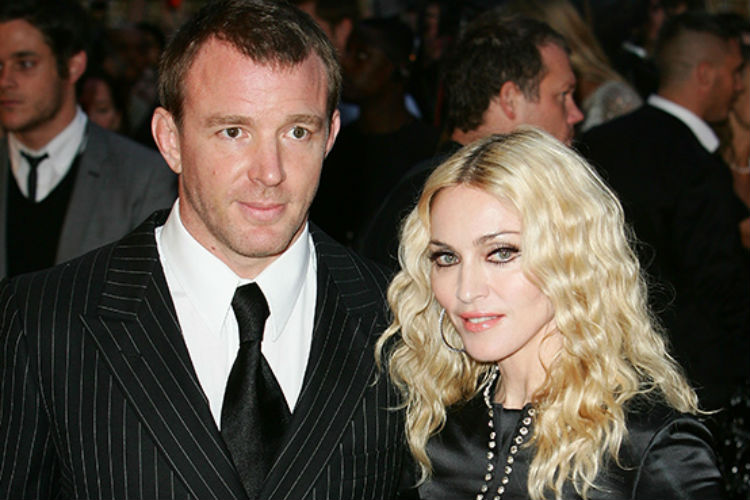 Washington may now be one of Hollywood’s biggest names as the proud owner of two Oscar statues, but before he became a star he had to ask belle Pauletta Pearson several times to marry him before she said yes. The couple met on the set of Washington’s first film Wilma in 1983 and married the same year. Over 30 years on the couple are still going strong, making Pauletta, who is six years her husband’s senior, one of Tinseltown’s most enduring couples. 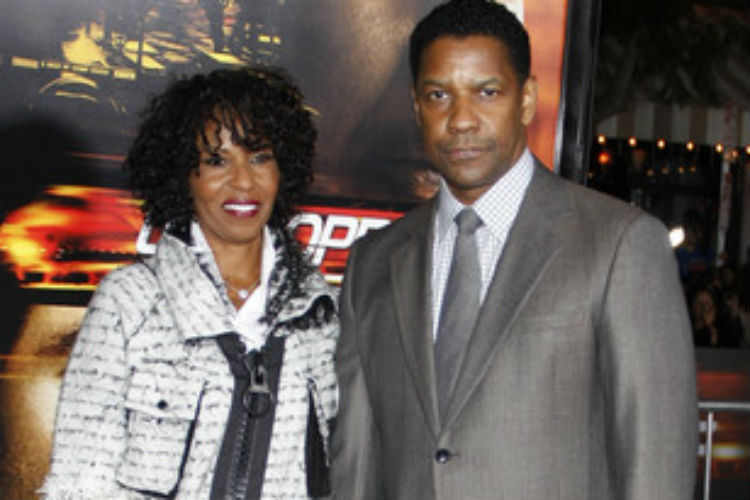 In 1953 the little known Moore married Squires, 13 years his senior. It was a tumultuous relationship – especially with Moore’s star rising in the 1950s and 60s and his alleged infatuations with other women. The pair split up in 1968, five years before Moore would take on his most iconic role – as British super spy James Bond. The suave Moore’s relationship with Squires was tempestuous even by celebrity standards – with Moore writing in his autobiography that she threw a brick through his window. She also later unsuccessfully sued Sir Roger for loss of earnings. The couple appeared to reconcile somewhat later in life however as Moore helped pay for his ex-wife’s cancer treatment from 1996-2001. 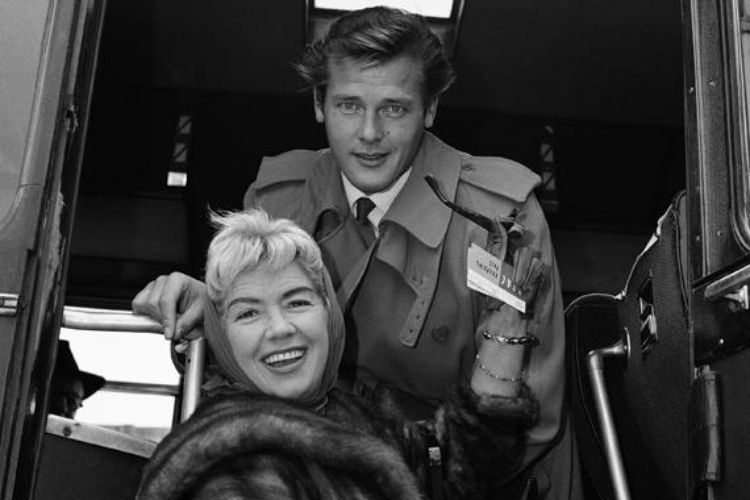 Griffith and Banderas met while filming the flop movie Two Much in 1995, despite there being only a three year age gap between the pair it was an unlikely relationship – not least because Antonio got of on the wrong foot by asking Melanie her age! The pair were also both married, when they began dating. Soon after though they obtained divorces and were married in May 1996. 18 years later, despite the odd storm, the pair stayed together until 2014, an age in Hollywood terms – and when they split it was on amicable terms. 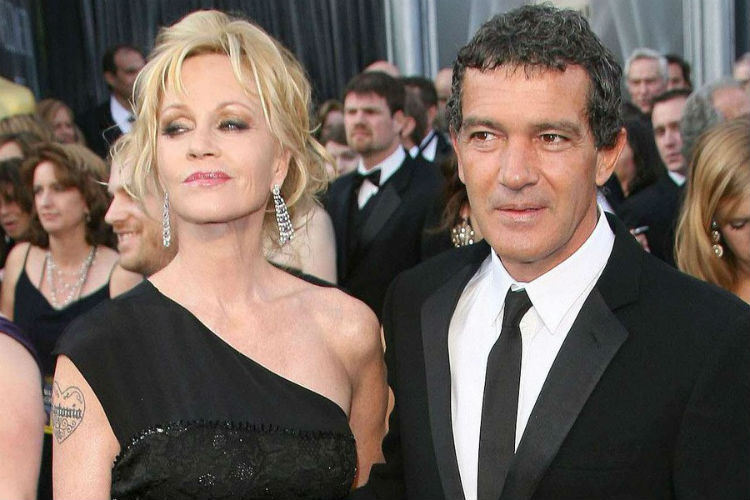 Perhaps Robin Wright’s most famous relationship was with Oscar winner Sean Penn, who she was married to for more than 13 years. She’s now the belle of Z-Men actor Ben Foster however, and although the pair aren’t actually married yet (they’re engaged) we feel confident in putting them in this list the way Robin gushes about her fiance, who is 14 years her junior.  OK so we cheated a bit by putting in this engaged couple – but they seem so happy together! 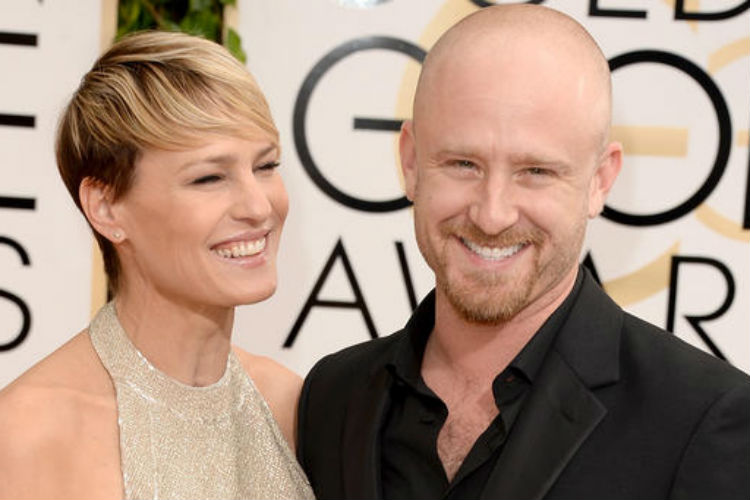 35-year-old actress met Bart Freundlich, then 26, on the set of The Myth of Fingerprints in 1996. Initially Moore has admitted that she was wary of their age difference but the couple overcame this to get together. Perhaps this was because there was something else different about the dynamic between the couple – Freundlich, unusually for one so young, was her director. ” They tied the knot in 2003 and have two children, Caleb and Liv. Still together almost two decades later they live in New York’s West Village. 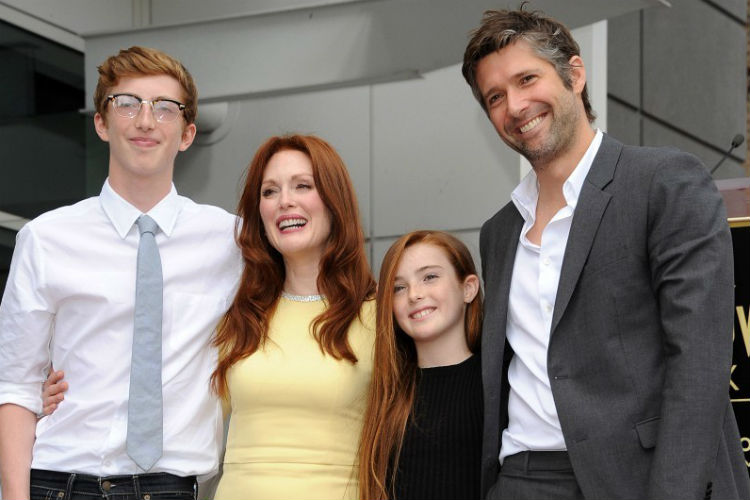 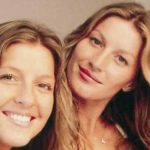 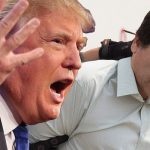