Is there anyone on this planet who could resist the charms of the talented, hilarious and beautiful Emma Stone? I mean, seriously, what’s not to love about a girl who has shown us all that the coolest thing in life is to just be yourself.

Here are just a few of the many reasons why we love her:

1. She flies the flag for redheads everywhere…

…Even though she is naturally blonde. Her hair colour of choice is vibrant red and she totally nails it every time. 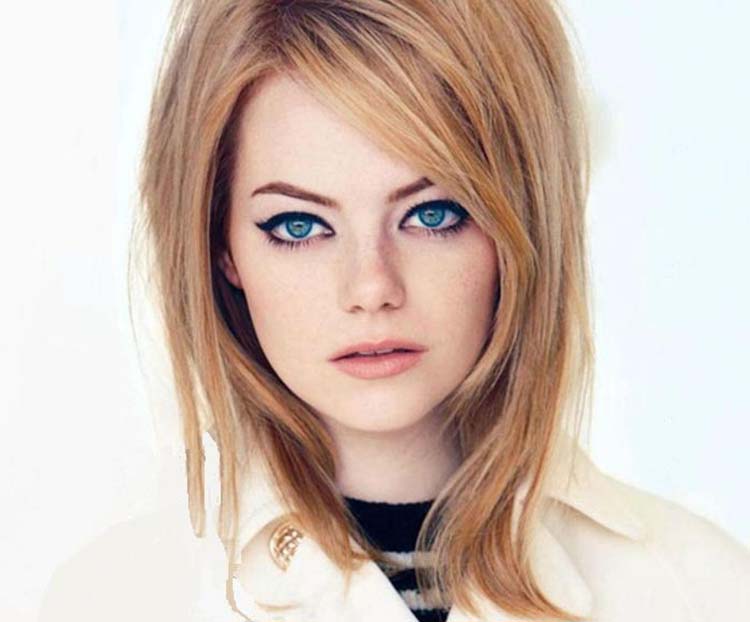 Emma Stone definitely adds new meaning to the term ‘geek chic’, with her preppy style and admission of the fact that being smart is a good thing – not something to be embarrassed about. 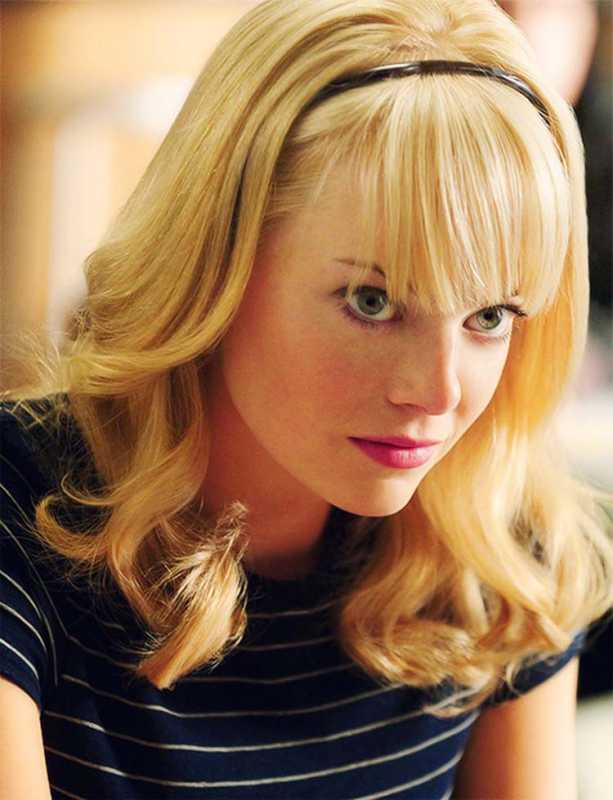 3. She has given us one of the best ‘on and off screen’ romances of recent times.

We could not have been happier when, a few years ago, it emerged that the on-screen romance between Emma Stone and her co-star Andrew Garfield from The Amazing Spiderman franchise had spilled over into real life. We cannot get enough of their cute couple pics (of which there are hundreds online) and even though there are always split rumours rearing their ugly heads we’re choosing to believe that they are still together and happy. 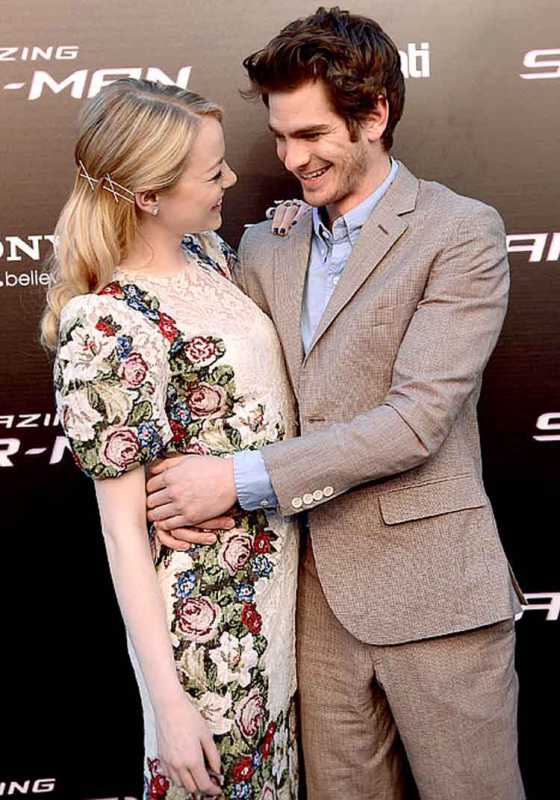 4. She knows how to bag the most handsome co-stars in the world.

Looking at the picture below really says it all. When you’ve got Ryan Gosling thinking you’re so cool to work with that he stars in more than one film with you (Crazy, Stupid, Love and Gangster Squad) then life must be pretty sweet. When you add her boyfriend / co-star Andrew Garfield into the mix too, it actually doesn’t seem fair. We still love you though, Emma. 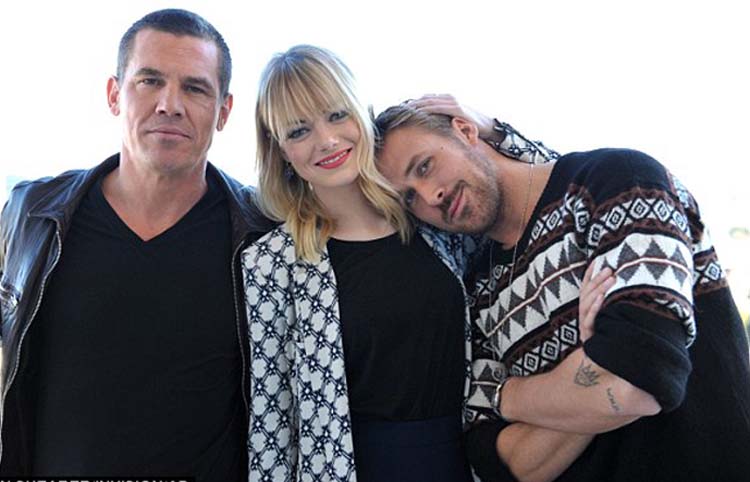 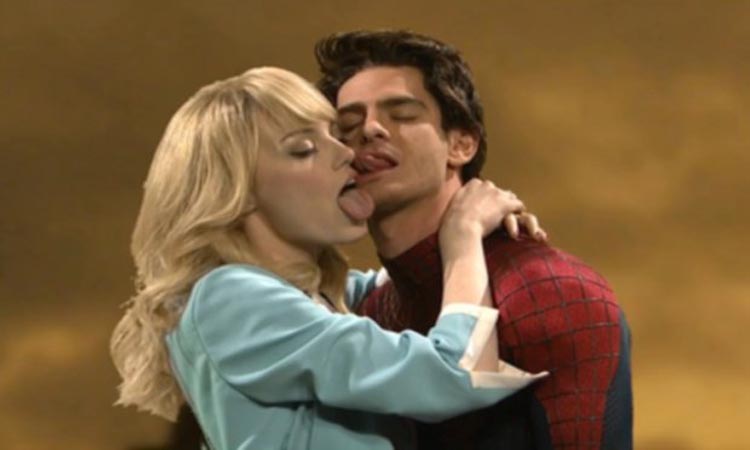 6. She stars in very good films.

You can’t have failed to notice Emma Stone’s presence at the 2015 Oscars. And she wasn’t there just to look pretty in her dress. Oh no, she was there because she had been nominated for her supporting role in best film of that year, Birdman. Even though she didn’t actually pick up the award this time around we have no doubt she will be nominated again, especially since her work is now leading her in the direction of top directors such as Woody Allen. 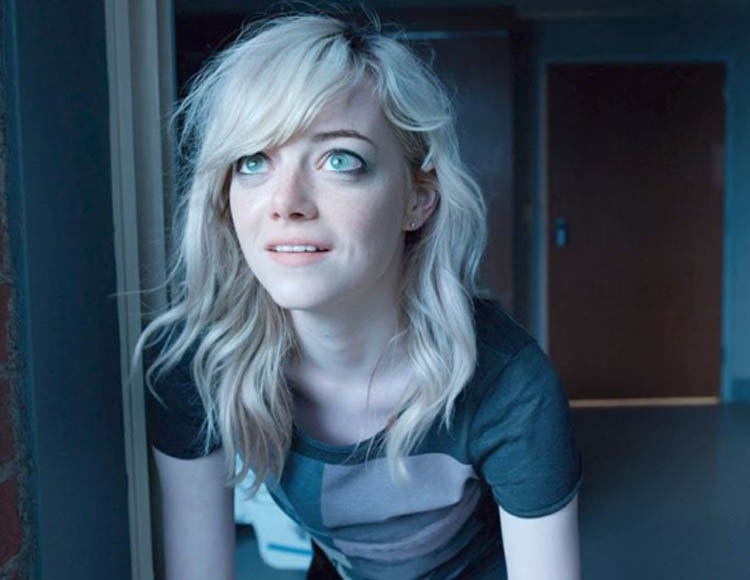 7. She has the best wardrobe in the entire world.

There cannot be a girl across the planet who’s been able to ignore Emma Stone’s wardrobe, especially the worldwide press appearances for The Amazing Spiderman 2. Her collection of red carpet dresses really is a who’s who of the best designers in the world and goes even more to show that ‘geek chic’ can very easily transcend into ‘elegant fashionista’. 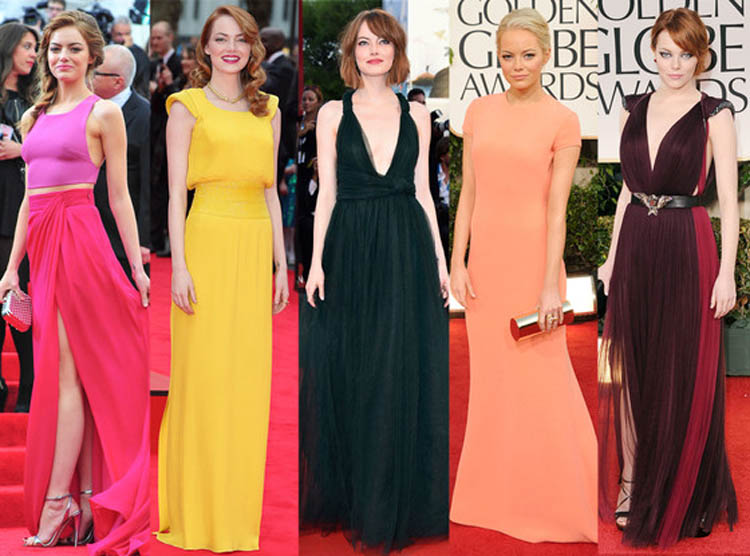 8. She does heaps of charity work with an added cool edge.

When you’re sitting eating lunch and the paparazzi show up it would be very easy to just put your sunglasses on and slope off out the back door. Not when you’re Emma Stone. Instead she chooses to put this valuable press time to good use by listing noteworthy causes on napkins with her other half Andrew Garfield and holding them up to the cameras. Great idea guys. 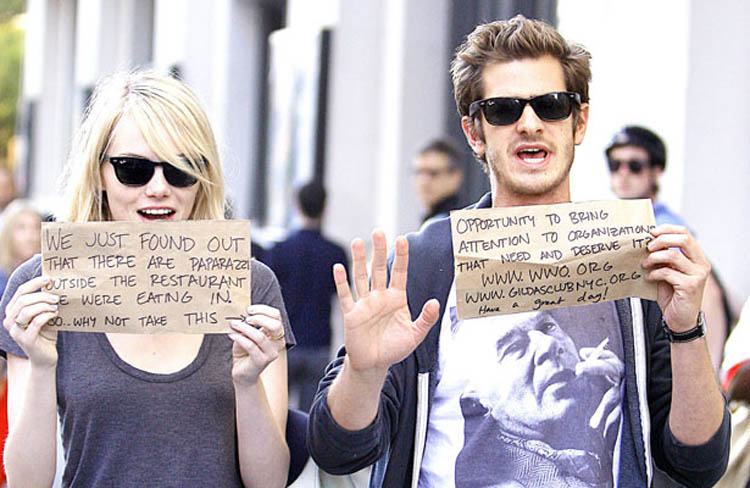 9. She’s an advocate for anti-bullying.

If you haven’t already ‘YouTube’d’ “Celebrities reading mean tweets” then I highly recommend you do this right now. Never has there been a better time to see that celebrities face the terrible reality of online bullying too and we have no doubt that Emma Stone’s hilarious reaction has helped many who are suffering with the problem themselves.

10. She still loves the Spice Girls.

What a wonderful moment it was when, on the 2014 press tour for The Amazing Spiderman 2, Emma Stone was surprised with a message from Spice Girl Mel B to which she responded in the cutest fan girl way. Therefore she is definitely underlining the fact that being a celebrity doesn’t mean you have to act aloof to everything else and think you’re the coolest. Just let your geeky fan girl sides roam free. 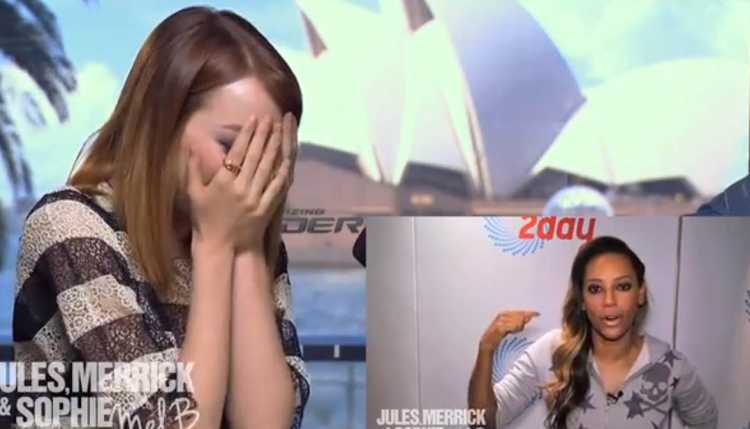 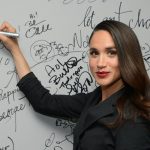 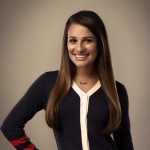