Surrounded by paparazzi looking at your every move, it is refreshing to see celebrities who find love in this kind of world, and what’s more surprising is if they find a spark to others who we wouldn’t think have a natural connection to. Some last for years while others didn’t last long because of their differences. Check this list of surprising celebrity hookups.

They met at the set of the thriller “Murder by Numbers” in 2002 and after that they started dating despite the age difference of 16 years. The relationship did not last long and ended in 2003. Gosling moved on and dated Eva Mendes but told the British newspaper “The Times,”

“I had two of the greatest girlfriends of all time (Sandra and Rachel). I haven’t met anyone who could top them.”

Gosling is now a father of two girls Esmeralda and Amada with Eva Mendes. Bullock is now in a relationship with photographer Bryan Randall. 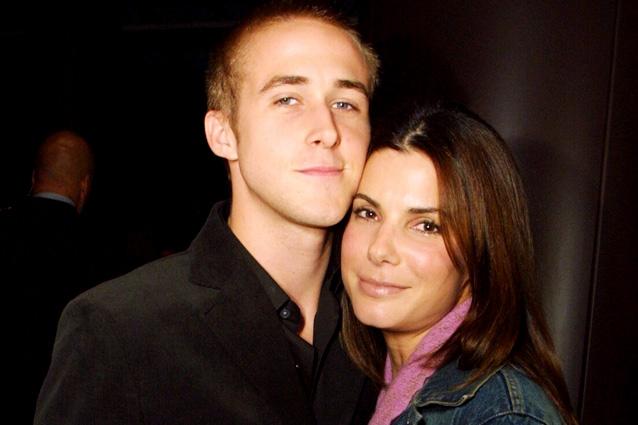 Mila Kunis was 18 when she began dating Macaulay Culkin and it lasted for nearly a decade. They called it quits in 2011, and Kunis moved on with Ashton Kutcher. During the promo of her movie “Bad Moms” she discussed about her relationship with Culkin in “The Howard Stern Show.” “He was huge. You couldn’t walk down the street with him,” she said. Kunis also revealed that despite being together for so long, she did not see herself getting married to him. 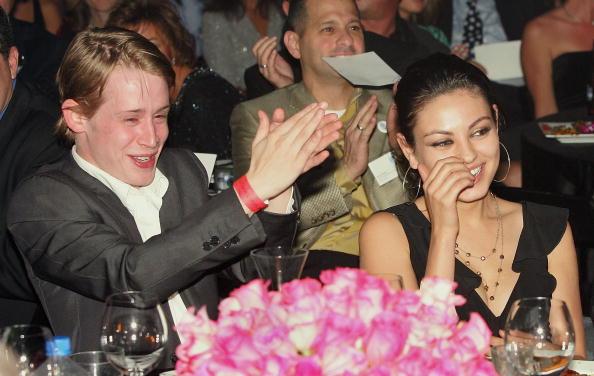 It was a fling for Zac Efron and Michele Rodriguez that lasted only for two months. Rodriguez, 10 years older than Efron were spotted cuddling and kissing on a boat in Sardinia, Italy in July 2014. According to an eyewitness from Hollywood.com “They sexy danced and he kissed her all night before they left the club. It was a surprise to see them because I didn’t know they were a couple, but they looked cute,”. The two went out again to a club in August 2014 in Ibiza, Spain. But the relationship did not last long and they broke up because of their personality differences. A source revealed that Efron fell really hard but Rodriguez just wanted to have fun. 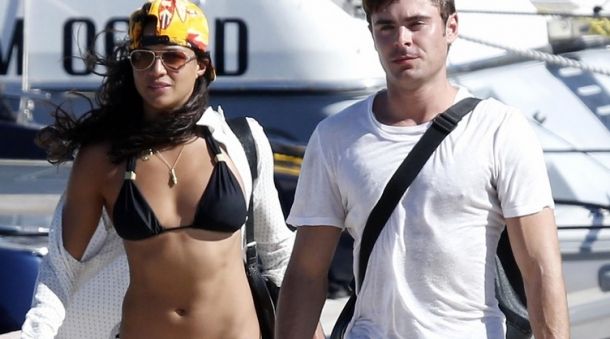 Wilmer Valderrama and Avril Lavigne were spotted being “super cozy” at LA club Wonderland in November 2009. A month after she filed a divorce from her ex husband Deryck Whibley.  According to People.com, a witness said “They even closed the club, sneaking out just after 2.” They dated from 2009 up to 2010. 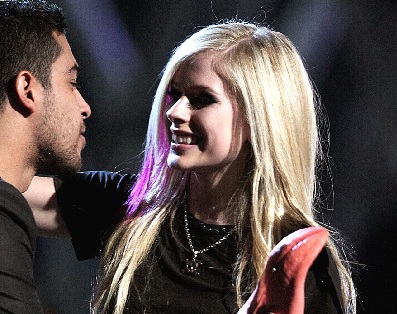 In her interview with Hollywood.com, Lea Michele denied the rumors of her having a love connection to Morrison, she said. “I’ve known Matt for years. He’s been a friend of mine from New York. People are going to make things up. I think it’s just because we really are so close.” But in 2014 there’s an excerpt from her book “Brunette Ambition” where she admitted that she dated her co-star Matthew Morrison before they started Glee. She said. “I had worked on Broadway with Jenna Ushkowitz and Matthew Morrison before. Matt had been a friend of mine for years, and in fact we’d actually dated back in the day for a Broadway beat.” 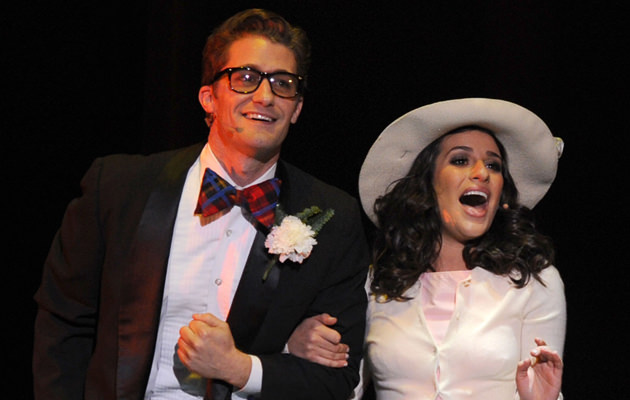 In the 00’s Keira Knightley and “Fifty Shades of Grey” star Jamie Dornan dated for nearly two years. They met in a Manhattan photo shoot in August 2003 and kept their romance for almost a year before appearing public in 2004. In an interview for Sunday Mirror she said “Jamie’s great. I’m mad about him. He keeps me sane when things get stressful and we always have fun together.” “He’s absolutely lovely. He’s gorgeous, and a real gentleman.” They split up in 2005 and both are now married, Keira Knightley to James Righton while Jamie Dornan is a husband to Amelie Warner. 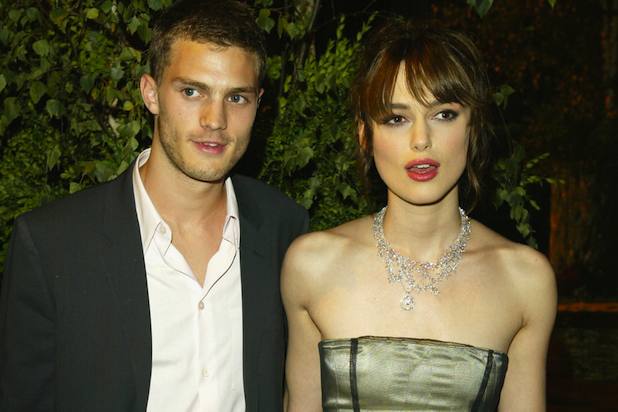 “Teen Wolf”star Tyler Posey revealed in an interview with ET Online about his first kiss with Miley Cyrus at age nine. The two bonded on the set of the medical drama Doc where Billy Ray Cyrus was a lead. Since he’s the only kid in the set, he and Miley became really good friends. He said, “We were so damn young… I would get excited when we would hold hands,”. Their friendship turned into a two year relationship but they separated in October 2014. 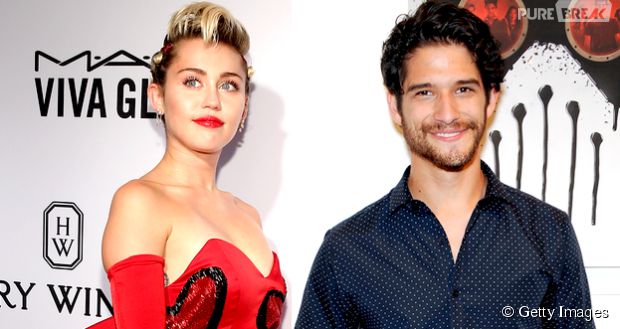 In Brooke Shields’ memoir, “There Was a Little Girl: The Real Story of My Mother and Me” she revealed the men from her past and one of them was the famous actor, Liam Neeson. According to her interview with People.com “wooed me with his brogue, his poetry and his s**ty choice of cheap pinot grigio wine.” After three months, Neeson proposed to her without a ring and that same year they spent the Christmas holidays together. But late that night, Neeson went back to Los Angeles and Shields never heard from him again. She told People that he came back to her life and proposed once again but told him ‘No, no, no, because knowing you, you’ll probably fall in love with your next leading lady and marry her, so I’m leaving myself out of this.’ And I was dead right.” Neeson married his co-star Natasha Richardson in 1994. 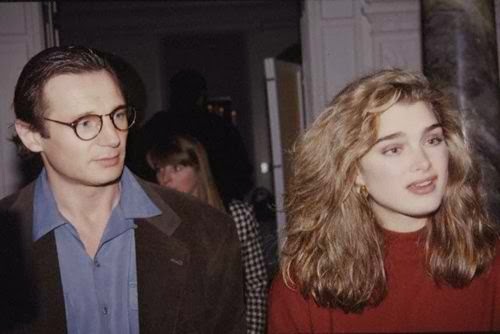 Back in 2005, a dating rumor started when Ashley Olsen and Jared Leto were spotted in Chateau Marmont. Star Magazine source said “Jared and Ashley were talking intimately, touching and flirting. If you didn’t know any better, you’d think they were a couple.” But the romance did not last long. In 2012, New York Daily News reportedly saw the two together having a flirtatious meal at Polo Lounge in Beverly Hills. 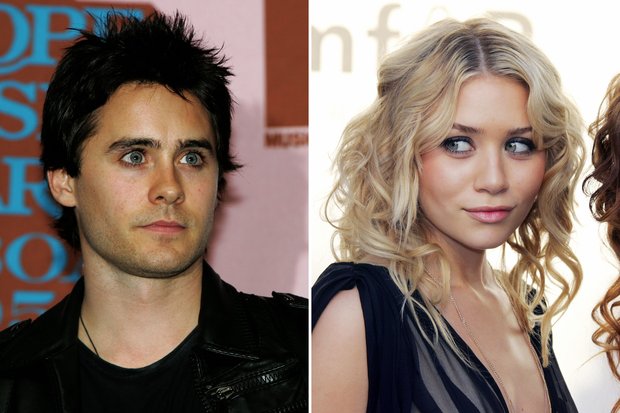 Cheryl Cole met Liam Payne when he auditioned at the U.K version of “The X-Factor” singing Fly Me to the Moon in 2008. She was the judge, he was a contestant with a 10 year age gap. Fast forward 2016, they were reportedly dating mid December 2015 but more speculations came up in February 2016 when Liam commented ‘See you there babe’ on a photo Cheryl posted in Instagram. And after rumors about Cheryl’s pregnancy, the couple confirmed it on 29th of November in Fayre of St James Christmas Concert in London when they arrived at the event with Cheryl showing her baby bump. 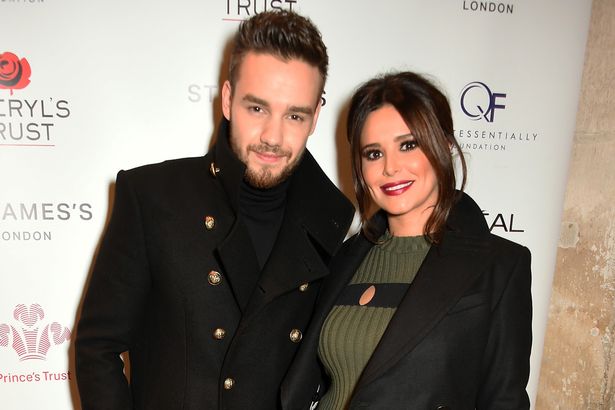 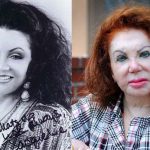